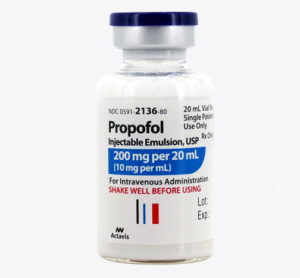 Can the type of anaesthetic you get when you have your cancer surgery effect how long you live afterwards? Well the answer is……………… maybe.

Listen to my 6min discussion here:

I wouldn’t be surprised that if you aren’t an anaesthetist you may have never heard this topic discussed before. For those of us working in the anaesthesia field though this is a topic which has quietly been building momentum over the last decade or more and has really been getting a lot more press in the leading anaesthesia journals in the last couple of years.

I was unable to attend the recent ANZCA ASM held in Brisbane but luckily they now provide us access to listen to recordings of many of the presentations online and one of the sessions on “onco-anaesthesia” caught my eye. I especially impressed with one speaker who discussed the following recently published paper. They analysed the outcomes of a large number of patients, who underwent cancer surgery at the Marsden Hospital (a large cancer centre in the UK) & compared propofol to volatile anaesthetics. This was observational and retrospective so not the evidence you need to claim cause and effect but even after adjusting fo

r known confounding with regression there was an obvious increased mortality in patients who had the volatile anaesthetic – definitely food for thought:

Check out the article below:

What’s the scientific basis and explanation for this possible effect?

The science and the debate is actually quite complex and encompasses a number of related but different questions:

At present we can only say that the answer to all 3 of those questions is – well maybe…….

In the interests of time / space lets briefly delve into the explanation for claim number 1 – volatile versus intravenous anaesthesia.

Why is what happens at the time of cancer resection so important?

Surgical resection is currently still the common primary treatment of many cancers – and this is especially in true gynaecological malignancies such as endometrial, ovarian, vulval and cervical cancer.

At the time of surgical resection it is recognised that malignant cells can be “dislodged” into the circulation. Surgery & anaesthesia are associated with alterations to the neuroendocrine and immune systems which could impair the immune response and decrease the ability to prevent metastasis / implantation / angiogenesis and proliferation of malignant cells.

Is this biologically plausible and what are the proposed biological mechanisms?

An increasing body of in vitro and laboratory research has demonstrated effects of these anaesthetics on immune cell function and cancer cell growth – most of which appear to support the hypothesis that propofol is better than volatile anaesthetics – there could well be something to this.

Volatile anaesthetics like sevoflurane have been shown to enhance HIFs – hypoxia inducible factors – they are known to be involved in the regulation of cell survival and apoptosis etc. The theory is that this could increase the ability of cells (including malignant ones) to survive.  IGF’s are also though to be involved in similar processes.

Is there any clinical evidence in human?

Well yes there is some observational retrospective data which supports the hypothesis that TIVA has lower mortality better than volatile anaesthesia – see the Marsden article at the top of the blog post.

There are some large prospective randomised studies underway which hopefully will be able to shed some unbiased scientific evidence to help us answer this – unfortunately they have to wait 4-5 years to follow up patients to see what their mortality is before we can hear their results.

What does this mean for us now?

At this stage there is not enough evidence to change practice and it is perfectly reasonable to continue using whatever technique you think is best for you and your patients.

What do I personally do? TIVA is definitely a perfectly reasonable option as it does lower PONV and I am personally using it a lot more often now I must admit if my patients are having cancer surgery or have a history of cancer – but I am still happy to use volatiles as well. If the case is very long I do think it takes longer to wake patients – and what about awareness in paralysed patients getting TIVA is there an increased risk of this – I also use BIS – but there is something reassuring about seeing an end-tidal volatile concentration in a paralysed patient….

2 thoughts on “003 Can the type of anaesthetic you get when you have your cancer surgery effect how long you live?”

This site uses Akismet to reduce spam. Learn how your comment data is processed.